Malegaon is a beautiful and large town that lies at a distance of 57 kilometers from Nanded in Maharashtra, which was originally known as Taluka Loha. Malegaon is the second largest city in the district of Nashik and have seen a major growth in the last few decades. There are a number of tourist attractions found in Malegaon but it still has not been able to become a household name, when it comes to some of the most visited tourist destinations in India. In spite of the fact that there are very few tourist spots in Malegaon, people visit the city because of the mystic charm that it possesses.

There are not many tourist spots found in Malegaon but the ones which are present in the city are taken care, in a very good way. The different tourist spots of Malegaon have been elaborated below:

the Urdu Library in Malegaon is more than 60 yrs old and has a collection of some of the rare Urdu laureates. It was counted as amongst the modern libraries in India and contains books on different topics like prose, poetry, humor, fiction, drama, medicines, science, civilizations, history and even education and health. 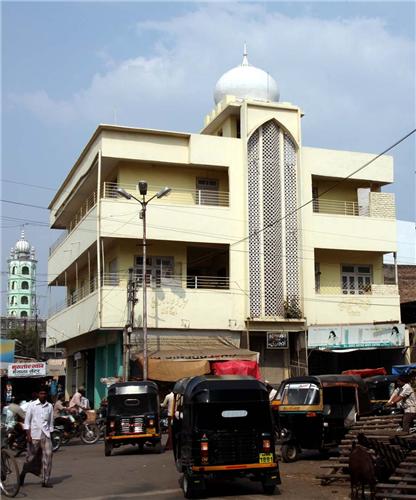 Maratha Film Industry is based at Malegaon and this is the reason why the studios and the sets that are found in the city also serve as tourist attractions. Tourists love to visit the popular sets of renowned films and have a look at the film studios found there.

Industries like power loom are thriving very successfully in Malegaon and visitors also make it a point to visit the looms and textile workshops of the city to watch the way it works. Many tourists love to see the weaving of the highly popular Paithani saris, as it were woven only by the royal weavers inside the palace in the ancient times, as these saris were meant for the Queen and other females of royal origin.

Jamiatus Swalehaat is considered to be the largest institution that is quite popular among the tourists and the educationalists. It specializes in rendering Islamic education to women in India and it is worth paying a visit. The popularity of this institution can be judged by the fact that girls and women from different parts of the world come here for their higher studies. The trip to the tourist spots in Malegaon would not be complete if you don’t visit this world famous educational campus.

If you decide to visit this ancient city during the month of December, you will be lucky to witness a number of animals waiting to be purchased. Malegaon Yatra is held during the month of December every year, which is a huge market to buy or sell animals. You can find fine bred horses, donkeys, cows and other rare varieties of animals. You will also find neatly decorated performance of horses and camels which are worth watching.

Due to the Muslim majority, Malegaon has something about 300 mosques in the city. The Shahi Masjid is considered to be one of the most beautiful and most - visited mosques in Malegaon. The Shahi Masjid is also the oldest among all the three hundred mosques found in Malegaon. Other religious spots in Malegaon include Shree ram Mandir, Jai Tulja Bhawani Mandir, St. Paul Church, Hingalaj Mata Mandir, Ganesh Mandir, Mahadev Mandir, Malegaon Camp Church, Hanuman Mandir, Devi Mandir and Shri Swami Samartha Temple.

Historical Monuments and Forts in Malegaon

In the name of historical monuments and forts in Malegaon, there are not many of them except the Malegaon Fort because the history of Malegaon is not very rich. The reason behind the poor historical significance of the city of Malegaon has been its location and also the fact that it was never part of a concrete kingdom. 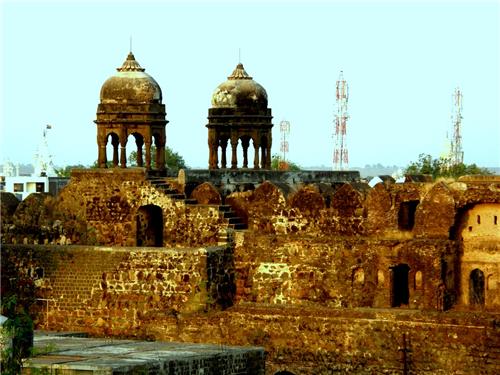 Naro Shankar Raje, a Maratha ruler, built Malegaon Fort in the 18th century. The fort stands on the edge of the Mosam River. The fort consists of a shrine on the top and a temple below. Malegaon Fort stands as an example of the secular thoughts that were among people during those times and it serves to be a lesson for the people at present. At present, the fort is not being looked after because of which it is in a very deteriorating condition.

There are not many museums in Malegaon except the one which is called Gargoti Mineral Museum located at MIDC Malegaon, Sinnar, Nashik. It houses some fine specimen of arts and handicrafts by the artisans who lived in the city during the ancient period. 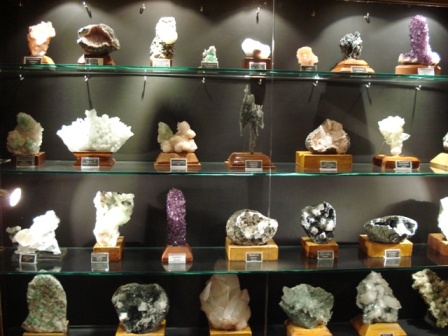 Malegaon does not possess any wildlife sanctuaries and the ones that are present in and around Nashik or in Maharashtra, lies far from the city.

Parks and Gardens in Malegaon

Some of the most popular parks and gardens of Malegaon are Kaku Bai Ka Bag at Sangameshwar in Goldennagar, Tashqand Bagh at Mohammad Ali Road in Nayapura, Noor Bagh at Ramzanpura in Malegaon and Dr. Ambedkar Garden or Gol Bagh at Imdad nagar in Malegaon. These parks have lush green surroundings, which makes it possible for you spend a good time with your family during the evenings.

The accommodation facilities are very good in Malegaon as there are a good number of hotels found in the city. The city is in possession of both luxury and budget hotels making it very easy for travelers to enjoy a comfortable stay in Malegaon. Some of the most popular hotels of Malegaon include Hotel Sun Palace located at Camp Road, Hotel Maharaja Garden Beer Bar and Restaurant at Shahunagar and Hotel Sanman at Soygaon.

There are many places which have many tourists’ spots near Malegaon, some of the places that can be visited in a day’s time from Malegaon include Nashik, Aurangabad, Shirdi, Pune, Ahmadnagar and Akola. Some of the places that lie very close to Malegaon include Nandgaon, Manmad, Satana, Chandvad, Dhule, Chalisgaon, Lasalgaon, Yeola, Kannad, Parola, Vaijapur, Kopargaon, Amalner, Ojhar and Pachora. These places in Maharashtra can easily be visited from Malegaon as they lie very close to the city.

The tourism industry of Malegaon is not a developed industry and because of this reason that there are not many travel and tourism agents located in the city. Even though there are very few travel agents found in the city offering average services.