Malegaon, the sleepy city has become the darling of all movie lovers with the arrival of Supermen of Malegaon movie, which is a small budget spoof about the world famous Superman. Malegaon also has a considerable share of enthusiasts in cinema who rejoiced at the thought of their city getting a superhero of their own.

The town is made exclusive by the micro movie making industry that it possesses and this industry is called Mollywood. The notorious and wacky film industry of Malegaon has been successful in introducing many classic Bollywood and Hollywood characters by rendering them quintessential looks, food, dialogues and circumstances. Some of the cult spoofs that have been made in Mollywood include Malegaon ka James Bond, Malegaon ke Sholay, Malegaon ka Chintu, Supermen of Malegaon, Chintu ban gaya Gentleman and mute comedy that is loosely based on Mr. Bean.

The Introduction of Mollywood

Malegaon is a town that is weighed down by communal tension that exists between the Hindus and the Muslims living in the town and it is only because of this reason that the town has gone under serious economic depression. In order to get an easy escape from the world in which they live, the people of Malegaon try to seek shelter in the wonderful world of Malegaon cinema. It is the passion that exists in the hearts of people towards cinema that a team of enthusiasts in cinema have tried making their own quirky, socially aware, notoriously funny and low budget spoofs of the Bollywood movies. The ambition of the people in the field of cinema has grown over the years and recently they have also taken over Hollywood and the famous character Superman.

About the Film, Supermen of Malegaon 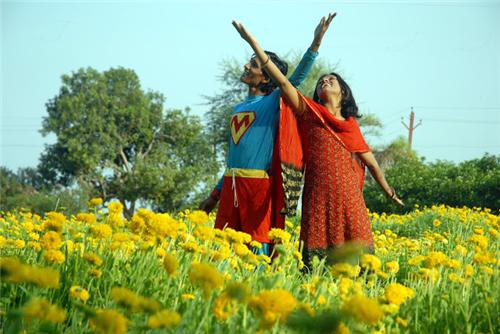 The film is contemplative, tragic and funny at times but it should also be noted that it is always engaging and warm. The film consists of approaches and schemes that are inspirationally ingenious, purely hysterical and simply bizarre. The film also allows an individual to discover the city of Malegaon and the microcosm that reflects and embodies the complications of a modern and small town in India. The film brings forward the point that in most of the small and modern cities of India there are traditional and modern people living together and extreme wealth and extreme poverty live in the cities like neighbors.

Cast of the Film

Plot of the Film

The plot of the film is basically an assimilation of the passion that exists among the citizens of Malegaon for films. This documentary can be taken as a journey envisaging the film making process practiced in Malegaon. The shooting of the entire movie was carried out in Malegaon itself and it took about seven months in the year 2008. The film gained positive reviews from some of the most eminent film critics like Gaurav Malani, Blessy Chettiar and Preeti Arora.