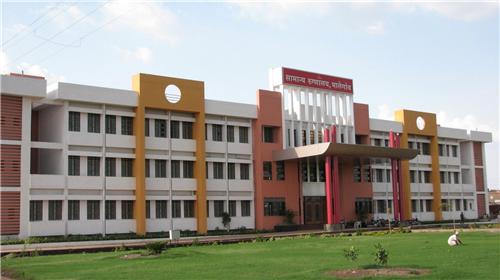 The spacious Government hospital with 200 beds has many advanced facilities to offer treatments
The city that possesses healthy residents experiences a wealthy and a better growth ratio. The city of Malegaon would suit the description above, as it possesses extremely good and efficient health infrastructure to cater to the needs of its people. The city of Malegaon has a number of big and small hospitals, nursing homes and dispensaries that provide necessary and immediate health facilities that can be availed by the people. However, it is also important to note that the slum population of Malegaon is quite high and this puts a lot of pressure on Malegaon’s health infrastructure.

There is one rural hospital that is operated by the government at Satana Road and there are two hospitals and a total of four clinics that are operated by the Municipal Corporation of Malegaon. The Government hospital was inaugurated in the year 2009 and has 200 beds to cater to the ailing patients. There are a large number of hospitals in the city but the count of Government hospitals is very less in Malegaon and this is the reason why people in the slum areas are devoid of proper health facilities.

The city of Malegaon also possesses two blood banks that are authorized by Dr. G.M Bhavsar Charitable Trust Blood Bank and Ansar Blood Bank. The hospitals found in Malegaon are competent enough in providing the best and the most standard level of health facilities to the people of Malegaon. The hospitals in Malegaon specialize in the treatment of accidents, child delivery, burns, fracture cases and heart surgeries.

Yoga and Yoga Classes or Centres in Malegaon

There is no person on this Earth who can deny the fact that there are a huge number of advantages served by Yoga and it is only because of this reason that more and more people are taking keen interest in Yoga practices. Yoga training centers and classes are not available in Malegaon but such services are available in Nashik. The people of Malegaon can easily choose yoga training classes available in Nashik for the best benefit of their health.

Dieticians play a very important role in helping people stay healthy and fit. Dieticians are nominally found in Malegaon but there are dieticians in Nashik whose services can be availed as and when required by the people of Malegaon.

Psychologists and Psychiatrists in Malegaon

Some of the most experienced, professional and skillful psychologists and psychiatrists are based in Nashik but none of them are found in Malegaon. This is because of the underdeveloped condition of the city in spite of the presence of a large number of power loom companies.

People, all over India have understood the importance of good health in life and it is only because of this reason that people are much interested to take up a medical tourism to Nashik near Malegaon. Medical Tourism allows an individual to travel from his or her native country to some other country or within one’s own country, from one state to another for some kind of a precise health treatment.

It is not Malegaon but Nashik that lies very close to Malegaon that is emerging in the form of a great destination for Medical Tourism in India. With the progress of Nashik as a center for medical tourism, the perfect way for the development of Malegaon in this field has also been paved. The Government of Maharashtra is trying and making all efforts towards improving the standard of health conditions in Malegaon and this objective of the Government is sure to be fulfilled within a very short span of time.