The cuisine of Malegaon is heavily dominated by the street food culture. The street food available in Malegaon depicts the tradition and the culture that is followed in the city. Apart from road food, people also love to have their daily meals that constitute of unique dishes. The cuisine of Malegaon is generally influenced by culture, the crops that are grown in the region and also the eating habits of the people living in the city. People in Malegaon always like to relish more on snacks rather than on staple food.

The most common food that is found in Malegaon is Vada Pav which is a very famous snack found throughout Maharashtra. The uniqueness of Malegaon vada pav is the chutney that is served along with it. The chutney serves to be a great mixture of sour and sweet.

Other special snacks that also form the uniqueness of the cuisine of Malegaon are samosa, sandwiches and mung bhaji. Another important dish of Malegaon is sabudana vada, which is peanut and a sago patty mixture deeply fried and served with nuts and coconut chutney. This dish also serves to be a staple food for the people of Malegaon during fasts. 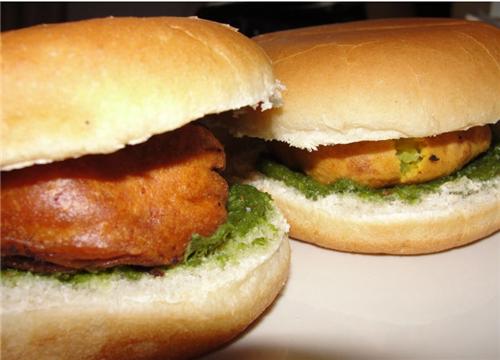 The restaurants that are found in Malegaon serve all sorts of dishes, but their specialties are the Marathi dishes that are eaten with great fervor in Maharashtra. Restaurants in Malegaon not only excel in serving good quality Marathi dishes, but even the other traditional dishes that are found in other parts of India. The best thing about the restaurants in Malegaon is that they always serve good quality food to the people of Malegaon and during the festivities they are open for the service of the people twenty four by seven.

Fast food chains are very popular in Malegaon but not the ones that serve pizzas, burgers, cold drinks, pastries but the once that serve crunches, but, sweets, vadas of all kinds, samosas, chats, gol gappas and many more snacks that the people love to have in the evening and even during the weekends. However, it is important to note that most of the fast food brands are found in Nashik rather than Malegaon and people fond of it are required to go to Nashik in order to have them.

Coffee shops are not widely found in Malegaon because the people out there are not very advanced and they do not like to spend their time in cafes instead they prefer to stay at home. Malegaon is a city that is slowly developing and it is only because of this reason that there is the absence of the modern culture of having coffee in coffee shops. However, there are some coffee shops located in Nashik and people of Malegaon can easily use such shops for spending their leisure time.

There are not many bakeries found in Malegaon but the ones that are located in the city deal in various kinds of bakery products, cakes, cookies, birthday cakes, toasts, muffins and bread. The bakeries that are found in Malegaon are not only traders of baked food items, but they are also manufacturers, distributors and suppliers of such products.