Business and Economy of Malegaon 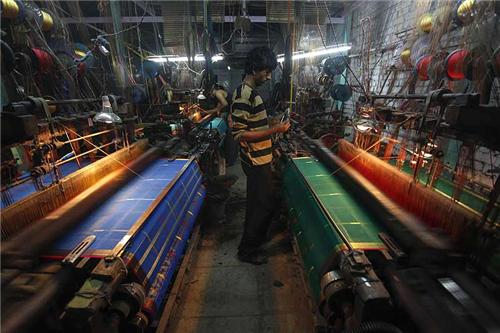 Malegaon is an important cloth weaving hub that uses power looms of the twentieth century. According to an estimate, there are a total of 3 lakh power looms in Malegaon that produce not less than one crore meters of cloth on a daily basis. It is the power loom industry of Malegaon that attracts workers from all over the country because the cost of living is very low. However, recently the power loom industry of Malegaon has been struck with a major setback because of the fluctuating policies of the government, middlemen and frequent outage of electricity. This is the reason why workers are now moving out to metropolitan cities for stable and better opportunities of work and livelihood.

Malegaon serves as an important spot for agricultural products, but traditionally, it was a handloom weaving hub in the state of Maharashtra. It was after 1935, that the epoch of power looms emerged in Malegaon. Women usually did the preparatory work of weaving such as yarn starching, transferring the yarn to tubes and preparing the tanabana.

Even before the introduction of power looms, women in Malegaon used to help the men in weaving. The cloth industry of Malegaon flourished after the introduction of power looms because of the increased productivity. Many people already possessed power looms in place of the handlooms, this also led to large groups of Muslim weavers migrating from Khandesh, Deccan and Uttar Pradesh. It was because of these migrants that slums were created in Malegaon for the very first time.

Even at present, weaving serves to be the main occupation of the majority of Muslims in Malegaon. However, it is important to note that weavers in Malegaon have to suffer a lot because of the unfavorable textile policies and the unorganized middlemen. The Hindus in Malegaon manage the units that manufacture yarn and the Muslims have their control over weaving units. The Hindus are responsible for managing the trade of woven cloth.

Major Sectors of the Economy in Malegaon

Power loom industry and the manufacturing of PVC pipes are the two main sectors of the economy in Malegaon. Apart from these two sectors, the third most important sector of the economy of Malegaon is agriculture. Agriculture serves to the other most important activity for the people in Malegaon city and even in the Malegaon Taluka. Agriculture serves to be the other most important source of livelihood for the people of Malegaon. A total of 165.828 hectares of land lies available for agricultural activities in Malegaon, which comprises of about 23% of the total geographical area. 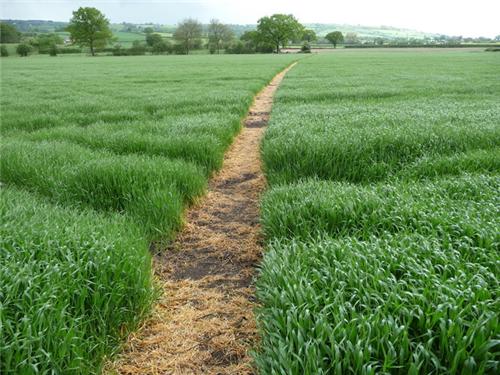 Agriculture is the third major contributor to the Business and Economy of Malegaon
The most important crops produced in Malegaon include Bajra, Corn, Groundnut, Onion, Tur, Pomegranate, Sprouts, Rice, Vegetable, Harbhara, Sugarcane, Cotton and Wheat. Malegaon also serves as the center for agro - based products in close by regions. The Agricultural Produce Market Committee or APMC building that located on Camp Road and established in the year 1947, governs all the agro activities.

The textile industry of Malegaon serves to be a very important source of income for the people of the Malegaon event at present. Presently, there are a total of 1.1 lakh power looms operating in Malegaon and employing not less than eighty thousand people. The power loom industry of Malegaon deals in cotton and synthetic fabrics, gray cloth, dyed and printed sarees, dyed cloth, processing raw clothing and lungis.

The nearby villages such as Chalisgaon Phata, Kawlana Area, Ramjanpura, Shiwar, Mhalde, Daregaon Dhiwar and Dyana are also making a valuable contribution towards increasing the productivity of the power loom industry in Malegaon. City also possesses a spinning mill, three factories of sugar and some oil mills in the nearby villages, but still cloth weaving or the power loom industry serves as the main industry of this city.

Of late, Malegaon has been modifying and diversifying its industrial sector and there are a number of other industries that have rapidly developed in the city. Malegaon is rapidly industrializing and has also recorded a remarkable progress since the 1940s. One such industry that has gained huge momentum over the years is the PVC pipe industry. Malegaon is very soon springing up in the form of an important hub for PVC pipes. Some of the famous PVC pipes producing units located in Malegaon are Sujal Plastics, Nakoda Plastics, Kabra Plastics and Navkiran Plastics. The manufacture of PVC pipes is the second largest activity done in the industrial sector in Malegaon and it is also providing a very good support to the traditional activities practiced in Malegaon.

Recently a number of modern companies have also sprung up in the city owing to the latest developments that have taken place in Malegaon. But it is important to note that the traditional industrial activities are still very successful in controlling the economy of Malegaon. The government is making efforts in the sector by establishing some modern IT and BPO companies in and around Nashik but it would take a lot of time.

In spite of the large scale industrial development of Malegaon, there are hardly any consultancies found in the city. Most of the placement consultancies and even some other sorts of consultancies that provide services to the people of Malegaon are located in Nashik.

The Government of Maharashtra is trying and making efforts in the field of developing some IT companies and BPOs in and around Malegaon, so that the entire area can develop in a modern way. Nowadays, BPOs and IT companies have a strong hold on the economy of every country and it is only because of this reason that such companies are also being set up in Malegaon along with the other sectors of the economy.

However, it has to be noted in this respect that the manpower of Malegaon is not very modern and flexible in its mindset of moving on to some other industry for employment. Moreover, skilled manpower is very important for the IT and the BPO companies and the setting up of such companies would result in more migration from different parts of India.

The infrastructure and the life quality in Malegaon have been deteriorating over the years, despite the fact that Malegaon is a city of power looms. The population of Malegaon has grown from 1.21 lakh people in the year 1961 to 4 lakh people at present, but the drainage systems, educational facilities and the roads are very poor in Malegaon.

More than 55% of the total population stays in slums and 44,173 households do not have toilets. There is a complete absence of open space, the literacy rate of the city is dismal 35.5% for the women and the supply of water and electricity is erratic. More than half of the population of children are delivered at the homes of the mother rather than in health care centers or hospitals because of the fact that the public health facilities are not sufficient to cater to the needs of the total population.

More than three - quarters of the population are Muslims and the city also possesses a history of communal violence. Renewed efforts in the field of uplifting the living standard and in reviving the economy of Malegaon have to be taken up by the Government and even by the people, seeing through the development of the city during the decades and the present infrastructure inadequacies.