Malegaon is very popular in the form of a vibrant and cultural city. According to an estimate, more than 70% of the population of Malegaon constitutes of the community of Muslims. Apart from this, people living in Malegaon have also migrated from areas like Rajasthan, Surat, Hyderabad and Uttar Pradesh. In this way the city serves as a home to people belonging to different religious denominations. This is another reason why the city hosts a number of cultural events and festivals all round the year.

Music and Music Classes in Malegaon

The people of Malegaon are fond of music and this is evident during the festivals and the cultural events that are celebrated in the city. Music forms the nerves of the people of Malegaon and it is basically folk music that the people are interested in. There are proper music classes available in the city for those people who like to receive academic training in various forms of music. 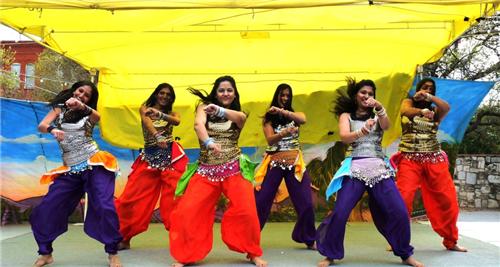 Dance and Dance Classes in Malegaon

The people of Malegaon are also fond of various dance forms but the most widely practiced dance form in the city is folk dance. There are institutes that provide dance training to the ones who are interested in this field.

Drama and Theater in Malegaon

Theatre plays a very important role in the culture of the city of Malegaon. Professional as well as experimental theatre is able to attract a large number of people in the form of spectators. The most famous theatres in Malegaon are Deepak, Sandesh, Santosh, Pukar, Kamaldeep and Mohan.

Art and Craft, Art Galleries and Handicrafts in Malegaon

The main art and craft items found in Malegaon include home decoration pieces, flower pots, wall murals and traditional murals made of fiber. Other items of handicrafts and art are found in Nashik that serves to be a bigger market for such goods. There are no art galleries found in Malegaon but there are some located in Nashik and are also used by the art lovers of Malegaon.

Festivals and Fairs in Malegaon

Malegaon is a city that is very popular for the big fair held in the honor of Lord Khandoba. This fair is called Malegaon Yatra and is held on 14th December or January in Margashirshvadya. This fair is very popular for the animal market that consists of horses, camels and assess in large numbers. The Urdu Book Fair is another fair held in Malegaon that is supposed to be of unique importance for the people of Malegaon and also for the Muslims who live in different parts of India. This fair is basically held for the promotion of the Urdu language and it gets huge response every year. 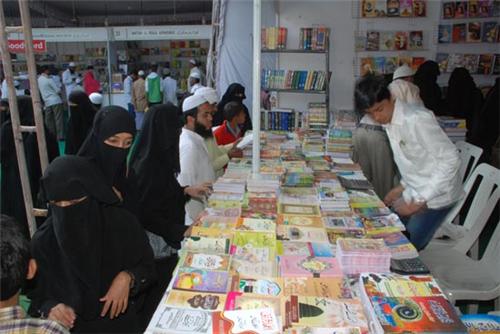 The National Council of Promotion for Urdu Language (NCPUL) holds the Urdu Book Fair every year
Among the major festivals celebrated in Malegaon, Shab-e-Barat or the Inam festival hold immense importance. Shab-e-Barat is the night when an individual is required to submit a record of all his deeds to the almighty or Allah and pray for forgiveness of all the wrong doings. Various types of religious programmes are arranged during this festival, Khairat or offerings are given to beggars and prayers start from the evening. Other important festivals celebrated in Malegaon include Makar Sankranti, Diwali and Rath Yatra.

Auditoriums are not very common in Malegaon but there are a few of them that are found doing a good job in the city. The city of Malegaon is not a very well-developed city and it is only because of this reason that people in Malegaon do not have the provision of enjoying all the facilities of a modern life.